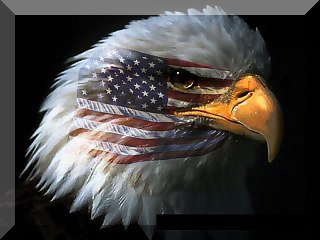 Ervin Maske, 74, died suddenly on October 7, 2003 near his hometown of Marinette, Wisconsin. His local obituary struggled to define his lifetime achievement as one of four Coast Guard "Gold Medal" crew men from the February 18, 1952 rescue of sailors from the stricken tanker Pendleton off Chatham. This was, according to the Wisconsin Eagle Herald, "one of the most amazing rescues in Coast Guard history. Using a 36 foot (CG 36500) motor lifeboat in 60 foot seas, the crew rescued 32 men from the stern section."

I thought I'd put Mr. Maske's heroics in a modern context so readers and friends could better appreciate his achievement. Obituaries, always cramped for space, could not adequately describe Mr. Maske's contributions to this rescue. He was one of four "chosen" crewmembers who volunteered to go out in 70 knot winds, horizontal, sub-zero freezing rain, and towering seas --- the same weather that had split two 500 foot tankers in half the evening before. He was chosen as one of three remaining crew from the Chatham Coast Guard station, himself a member of the Stone Horse lightship, awaiting transport, the remaining crew having "scattered" when the call for volunteers was announced.

Modern Coast Guard coastal rescue craft, built with state-of-art reinforced steel and composite materials, will only go out in 30 foot seas, and even then only with the most seasoned personnel who train regularly together. Today's crews wear three layers of warmth-giving protective clothing that cost upwards of $2,000 per person. The crew from the 1952 rescue boat wore crude green foul weather jackets, pants and mittens you would find appropriate for your kids when they went to school on a cold, dry day.

Today's Guardsmen are appropriately given orders to employ risk based decision models that optimize the chances of the crew coming back alive. Larger Coast Guard cutters, a 110-foot Island cutter for example, have "survival" as a primary mission when seas are greater than fifteen feet. Yesterday's lifesavers' motto was 'You have to go out, but you don't have to come back.'

At 6 p.m. on February 18, 1952 Ervin Maske and three other crewmembers crossed the treacherous Chatham bar in a wooden boat driven by one 90 horsepower gas engine. He sang Rock of Ages and Harbor Lights with his fellow crewmen. Their small rescue craft was repeatedly slapped by mountainous seas that would cause the engine to die out when the waves would roll the vessel so far over that the gasoline engine would lose its prime.

This picture taken on a "calm" day !

Somehow, Ervin Maske and the others managed to find the twisted Pendleton hulk, despite worsening weather that stove in steel plating and stanchions on much larger rescue craft. Remarkably, 32 of the Pendleton's crew came down a Jacob's ladder, each being dunked like tea bags as the ship wallowed in towering seas, and then were stuffed inside the cramped 36-foot rescue craft.

I was honored to meet Mr. Maske last May and was awe struck to know that many who knew him far better than I did, including his immediate family members, knew little of his amazing 1952 rescue. As a fellow sailor and former sea guardian, I salute him and mourn the loss of a truly humble and remarkable man.

Captain W. Russell Webster, USCG (Retired), is the former Coast Guard Group Commander at Woods Hole, and now works with the Transportation Security Administration at Logan Airport. Readers wishing to correspond with Captain Webster about this article may contact him at William.webster@dhs.gov

Back to table of contents